I love this article! Please take the time to ponder its profound messages.

Jupiter is in exact trine with Pluto

May you be blessed,

with everything you deserve

See all the photos at:

Try this method of contact, if you need a private session for counseling, or a reading. Leave a message and I will call back to arrange an appointment. We can use regular phones  for your consultation.

Here is the astrology chart for the most recent Full Moon. It shows that overall, the aspects are easy and flowing with all the trines to Jupiter, Uranus, Mars, Moon,  and the South Node. However, the oppositions of the Sun, Venus, and squares from Pluto to the Blood Moon foretell surprising changes in world events and values, such as stock market crashes.

So it’s the famed and controversial year 2012.  Are you afraid the world will come to an end? Or are you ignoring the whole thing?

I spent the evening quietly watching movies, listening to music and writing letters to friends. Mostly I am in a wait and see mode.

As an astrologer, you would think I would be all over the doomsday prophecies , or refuting various opinions about what the Mayans meant in their cryptic calendars.  Maybe it’s just the opposite, seeing it only as a another tick on the clocks and calendars of time.

Time is relative anyway, depending on where you stand on the planet. Traveling will do that to you. It was midnight several hours earlier over there, several hours later over there…. and so on. We have created clocks that measure the pace at which we live, based on the rotation of one planet Earth. And remember Earth is just a small blue-green marble in a huge galaxy among billions of galaxies in the Universe. We have our subjective existence to consider.

Time is an agreement we make so that people show up for meetings or get work done. Animals, fish and birds don’t wear watches or carry cell phones to order their lives and yet after millions of years they still get through natural phases and seasons.

Studying the charts of Western Astrology, I notice a few important aspects for the early part of this year. Jupiter opposes Saturn which is a struggle for control over expansion, but Jupiter also trines Pluto. In an effort to gain power in the corporate sectors, big business and politics will likely see major improvements but not without  making long cases for their sides. Uranus begins its 7 year journey through Aries, a sign of new beginnings. There will be headstrong and spontaneous bursts of energy for new projects, but take care now that one doesn’t blow a fuse.  Fire prone areas in drought conditions will  probably be a concern again.  In places where water and gas leaks are a problem, the trine between Saturn and Neptune will assist in repairs. This aspect is also good for bringing  dreams into reality.

According to Chinese Astrology, 12 animals rule the cycles of time.  This will be the year of the Dragon again. In simple terms, the dragon signifies transformation and change of luck, because it a mythic being of power. That would be nice for the many who are suffering at this time.

It is also a year of Solar Maximum, in its 11 year cycle of activity, which can affect the planets around it. We have been hit with some strong Coronal Mass Ejections (CME) and faced their effects in the recent months.
They influence satellites, radio transmissions, the bio-magnetic resonance of the mind, emotions, health, decision-making, and therefore stock markets and economies. There are theories about elevated levels of electromagnetism in our environment and potential results, but I will save that for another day.

Most likely this year it will  be a continuation of  goals to accomplish and lessons we  have to fulfill. As the solar system turns again, we will look back at our celebrations and expectations as part of the great matrix of energies that took us through the experience of Life.  Ω

If you have been wondering how to speak with me personally, about your life choices,  questions of health,  relations, connections with the departed, or other situations, you can contact me by phone.

I can calculate and  interpret detailed astrology charts, including natal, transit, and solar returns for the coming year.

My rates have been the same. 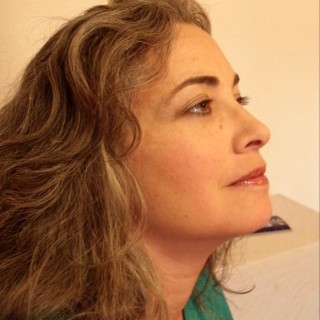